Does history repeat itself? BTC bitcoin 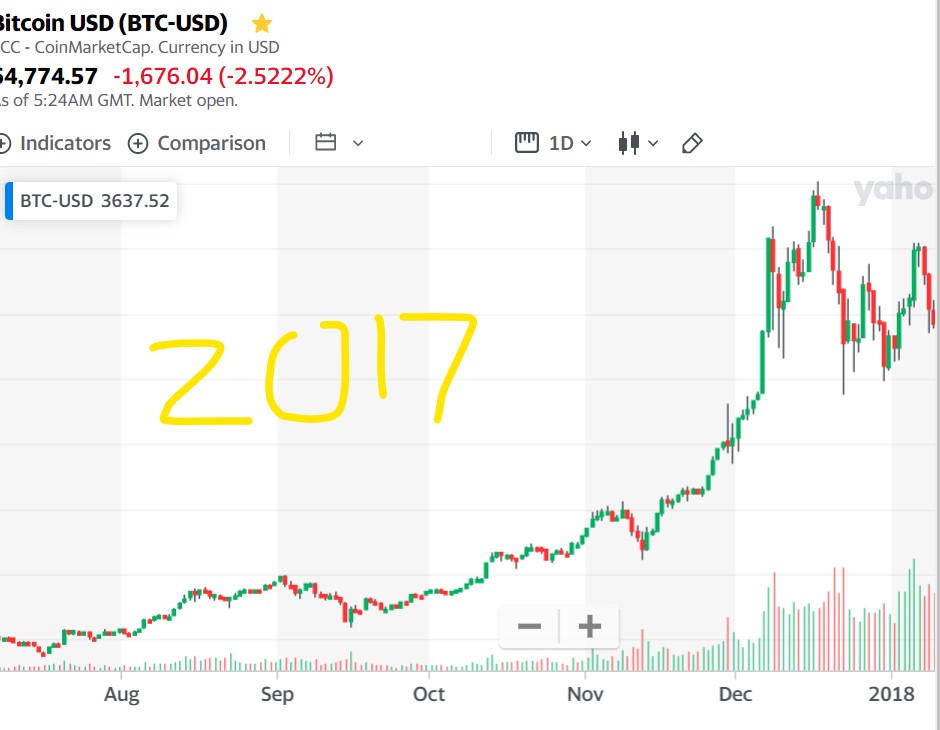 October 24, a red candle and then a green

then October 29, a high green candle from a red candle

Then things gets more interesting. November 6 2017 a drop from the green but this time its November 4 2021

NOW THIS! November 7 to 8 a spike from the low, you can guess it now, noticed the red candles after the spike

If this concept runs true, after this red candles it will be a good healthy growth, then projecting 3 shakeoffs notice the november volume for red is big, this are the leverage and people started to be bullish with the constant growth, which is last shakeoff before the spike, this shakeoff cleans the new entry, since if you got in at an earlier time, this shakeoff wont matter. Then as soon as the ATH happens whales will try to dump to shake people out for another buy, this is mixed with leverage again, greed kicks in because of bullish moves, then another run until it looses it for the ALTs as by this time alts will be shooting up since people are taking some profits and putting in to alt coins that can pump.

We will see if history repeats itself